An old English mansion. A raging thunderstorm. Ten strangers. Murder, mystery, music and comedy abound when the guests disappear one by one – knocked off by cleverly fiendish devices. Join the fun as Miss Tweed the amateur sleuth sets out to solve the crimes…but the butler didn’t do it! With songs like “I Owe It All To Agatha Christie,” it’s a zany whodunit for all to enjoy.

Check out these resources to learn more about Something's Afoot:

The cast of characters were
wonderful! We enjoyed seeing
such a great performance.

What a delightful afternoon! Glad I did not read the critics. I certainly did not see what anyone could complain about. The music was lively, lyrics clever, staging, direction, and choreography excellent, voices very good, and everyone's timing was extraordinary. Very, very professional. Definitely a spoof, but that's the fun. The audience really got involved in the whole silly story. Definitely worth seeing. Good job, Goodspeed!

Went to see Something's Afoot today and really enjoyed it. After reading the review in the Hartford Courant, I wasn't sure what to excect, but, as usual, the Courant review was completely off the mark. The cast, musicians and behind the scenes people were excellent.

Contrary to Sylviane Gold’s not-so-flattering review, Something’s Afoot was this season’s best production. As the waiter for our after-theatre dinner at the Gelston House said, “In Carousel, one person died and everybody was crying; in Something’s Afoot, everybody dies, and the audience is happy and laughing.” It was an extremely entertaining show! If Ms. Gold doesn’t like mysteries, she shouldn’t be reviewing mysteries—musical or otherwise. We all expected it to be corny; that was a big part of its charm. I didn’t notice any jokes falling flat, by the way. The intent of the play, I would imagine, was to be somewhat exaggerated and unbelievable, but thoroughly amusing and entertaining. What’s wrong with an afternoon, or evening, of light-hearted enjoyment? Silliness sometimes serves a well-needed therapeutic purpose.

Kudos to the entire cast, musicians, and special effects folks!

My wife and I drove down from Boston. We had a great meal before the show, drinks on the deck overlooking the Connecticut River with the lights shimmering off the water.Then we had the true pleasure of watching these talented actors bring this story to life. Theater is supposed to create memories, and my wife and I will always have this wonderful night together away from the daily grind. For a little while we were allowed into the zaniness of these wonderful characters and I personally don't care what critics say.....I think sometimes they forget what theater is supposed to be and this show is it!!!

I throughly enjoyed this performance and was quite surprised after reading a negative review just before we left yesterday. Boy, were they wrong. The acting, singing and musicians were outstanding - especially Ms Tweed--what great expressions.

Thank you for making it a special day for my sister and me.

i am so happy we didm't listen to one of the critics because this was a delightful performance with skilled actors and the music and singing was engaging! i felt so happy when we left! BRAVO!

So glad you enjoyed it, Cat! The show has never had a cast recording done. There was a BBC television version with Jean Stapleton in the early 80s, which you can find on YouTube.

The critics were wrong...this show was great! What a wonderful, fun night out. Excellent cast, entertaining dialog, wonderful songs.

Is a soundtrack available? We've searched Amazon, but haven't had any luck...thanks! 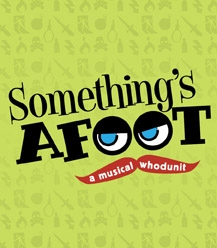 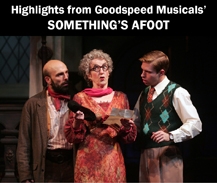