Happy holidays! Check into the tuneful world-premiere musical about a Connecticut farmhouse transformed into a jubilant nightspot — but only on holidays. From Valentine's Day to the Fourth of July, Thanksgiving to Christmas, expect a cornucopia of hit songs by Irving Berlin in a dance-dizzy romance based on the classic film that first starred Fred Astaire and Bing Crosby. Raise a glass of cheer to "Happy Holiday," "Easter Parade," "Be Careful, It's My Heart" and more of the world's greatest show tunes.

Amica Invites You to Be In The Know!

Check out these resources to learn more about Holiday Inn:

PHOTO EXCLUSIVE: So Much to Celebrate! A Two-Show Day at Goodspeed's Holiday Inn With Hayley Podschun

Dec 9 – Marching Along With Time

What can I say about a show that is nothing short of outstanding? How about Bravo to all! Completely entertaining from beginning to end. Wonderful music, the talent is superb and the costumes are great. This is an engaging performance that should not be missed. I can't think of a better way to kick off the holiday season. I too agree that Irving Berlin himself would be pleased! Don't miss this!

Great show my wife and I really enjoyed!! Its nice alternative instead of the what TV has to offer!!!!!! WHICH IS NOTHING) thanks again and keep up the good work!!!

What an excellent production! I loved
every minute of the show. As a fan of
the original film I was a little afraid of
what I might see, but this was a faithful
adaptation, and yet it stands on its own
as a stage musical. Remind me again -
who were Crosby and Astaire? I didn't
miss them at all. Your leads were too
good to allow for missing anybody. I bet
Irving Berlin himself would be pleased.

The best thing I've seen in years!! Including Broadway! Why hasn't this been extended through Christmas? I'm coming to see it again next month, well done, great cast, the music was superb, can't wait to get back.

I saw the matinee on 10/8 and enjoyed it very much, except for one thing. My seat was C108 and the spot lights from the back of the balcony reflected on the "windows" so that it seemed as though the sun was shining in my eyes. If there was no glass in the windows, this wouldn't happen.

Absolutely fabulous show! I had a smile from beginning to the end! Crew was awesome! Dancing was terrific!

My wife and I saw the show this past weekend, and we thought it was a delight!!! The dancing, the music (which takes me right back to seeing the movie when I was a kid), everything about it was fantastic. I loved the cast, especially that Hayley Podschun! We only wish she had a bigger part! She danced so beautifully, and we could have watched her for hours. A true standout in an already great ensemble.

Kudos to you all, and my wife and I plan to see the show again in a few weeks.

My name is Alyna Stober. I went to see your show with some girl scout friends last night. Though we weren't able to get the best seats in the house and couldn't see some of the show what we did see blew us away. I am a high school senior in Connecticut and recently lost one of my friends to suicide. It has been a hard week but your show was wonderful. I felt like i was really living again. I wanted to thank you very much for all of your hard work. I still have a long way to go but being there watching all of you helped a lot. Thank you again. 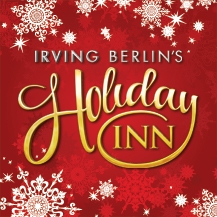