We're excited to announce that Anne of Green Gables, set for Goodspeed's 2021 Season, just released an Original Concept Recording of music from the show featuring the vocal talents of some of Broadway's brightest stars. The new digital album has nine tracks and is now available everywhere music is sold. It's a unique opportunity to hear songs from the world premiere before it hits the Goodspeed stage!

To celebrate, we hosted an exclusive album launch event! Playbill's Felicia Fitzpatrick leads a conversation with the the show's authors, Matte O'Brien and Matt Vinson, and orchestrator Justin Goldner.  Plus, you'll find out who's playing Anne Shirley in Goodspeed's world premiere and she'll perform a song from the album!


To watch on a larger screen, hover over the bottom of the video and click the YouTube logo.

LISTEN TO THE ALBUM

Or click below to stream on Spotify. (Also available on other streaming services). 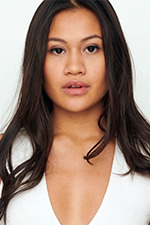 Emily Bautista has been most recently seen on tour playing Kim in Miss Saigon. She recently understudied the part in the 2017 Broadway revival of Miss Saigon before joining the North American touring company of Les Misérables as Eponine. Instagram: @em_bautista 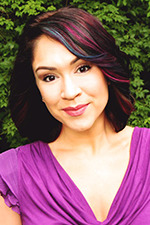 Singer, songwriter, from stage to screen, Diana DeGarmo has conquered it all and then some. Her powerhouse vocals shot her to fame on American Idol and opened doors to her numerous Broadway shows, National & International Tours, a recurring role on The Young & The Restless, and much more. Listen to her newest musical creation GEMINI on all digital platforms and vinyl LP from www.dianadegarmo.com. 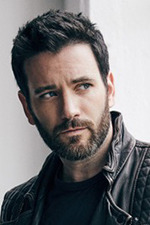 Colin Donnell recently starred as Russell Hammond in the musical adaptation of Cameron Crowe’s acclaimed Almost Famous at The Old Globe. He is also known for his work as Dr. Connor Rhodes, a Trauma Surgery Fellow who is brilliant, buttoned-down and trained to handle anything that might come through the hospital doors, in NBC’s drama Chicago Med. Donnell can also be seen as Tommy Merlyn in CW’s Arrow. Other appearances include Scott Lockhart in Showtime’s hit series The Affair, Pan Am, Person of Interest and The Mysteries of Laura. He made his big-screen debut in 2014 with Every Secret Thing, which also starred Diane Lane and Elizabeth Banks. He is well-known for his work on stage, with roles on Broadway shows that include Violet, Anything Goes  (which garnered him Drama Desk, Outer Critics and Astaire nominations), and Jersey Boys. Among his other notable stage appearances are Follies, Merrily We Roll Along, Lady Be Good at the New York City Center, Public Theater’s Shakespeare in the Park production of Loves Labours Lost and Meet Me in St. Louis. Additionally, he toured with productions of Wicked and Mamma Mia. Born in St. Louis, Donnell is a current resident of New York City. 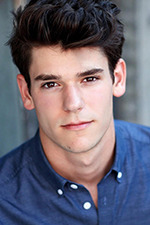 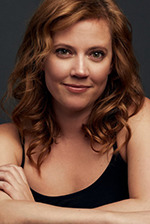 Patti Murin most recently starred as “Anna” in Disney’s Frozen on Broadway. She received award nominations for Outstanding Lead Actress in a musical for both the Drama Leagues and Outer Critics Circle. Goodspeed audiences will remember her from Holiday Inn, Band Geeks, and Princesses. In the world of television, Patti plays “Dr. Nina Shore” on both Chicago Med and Chicago Fire. She also stars in the Hallmark movies Holiday for Heroes and Love on Iceland. 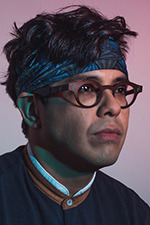 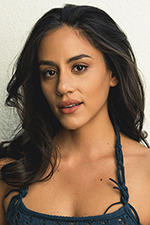 Michelle Veintimilla could most recently be seen as a series regular on The Baker and the on ABC. She also starred in Netflix’s limited series Seven Seconds and recurred on the Netflix series The I-Land. Recently, she reprised her role as the super villain “Firefly” on FOX’s Gotham. Additional television credits include: FOX’s The Gifted, ABC’s Downward Dog and CBS’s Limitless, Blue Bloods, and The Good Wife. In 2017 Michelle participated in two sets of festival performances at the Salzburg Opera Festival as “Maria” in West Side Story. Michelle made her Broadway debut alongside Chita Rivera playing “Young Claire” in the Tony-nominated musical The Visit. Michelle could also recently be seen in the feature film Drunk Parents, playing opposite Salma Hayek and Alex Baldwin. She is Nicaraguan and speaks fluent Spanish. 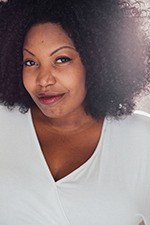 Most recently on Broadway, Aurelia performed in the Tony Award-winning revival of Once On This Island. Prior to that, she was in Broadway’s first all Acapella musical, In Transit. Some of her favorite past roles include “Armelia” in Ain’t Misbehavin’, “Justice Charlier” in Rock of Ages, “Effie” in Dreamgirls,”Motormouth Maybelle” in Hairspray “Sour Kangaroo” in Seussical, and “The Radio” in Caroline or Change. This past Holiday season, she was featured in the Hallmark channel’s film, Holiday for Heroes. Her vocals have also been featured nationally on ads for Olay and Bud Light. 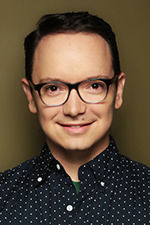 Matte O'Brien is a playwright and lyricist. Select works include: The Wonderful Mr. & Mrs. O’Leary, Peter & I, As Flies to Wanton Boys, THE MEANING OF LIFE, The Worst Was This, and The Night Elaine Stritch Died. He received a Jeff Nomination for his musical White Noise, produced by Whoopi Goldberg. 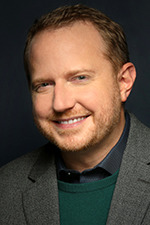 Matt Vinson is a New York City-based composer, pianist, and arranger. His musical works for theatre include Peter & I, Anne of Green Gables, Exiles in Paradise, Doing Nothing All Day, Willie Mickey & the Duke, and Elfriede’s Story. He received a Bachelor of Arts in Music & Humanities from the University of Southern California and is a composing alumnus of the BMI Lehman Engel Musical Theatre Workshop.