This romantic comedy blends some of the best-loved music from composer Stephen Schwartz’s Broadway shows (Wicked, Pippin, Godspell, The Baker’s Wife) with some of his lesser-known gems. You’ll meet Sue and Dan, a couple who, after 20 years of marriage, have drifted apart. Together they discover a box of photographs which leads them to relive the memories of their past selves captured in the snapshots. Featuring fresh lyrics and orchestrations, our couple discovers the humorous twists of how love united them and why life has pushed them apart. Every couple will see themselves in Snapshots!

Very talented performers, as usual:) I didn't know the performers would make me cry! I cared about them so much by the end of the show. This show should definitely go on to great things! All the production elements (costumes, set design/decoration, projection, talent, musicians, choreography, etc.) were top-notch.

I was not really that familiar with all the songs in the show, but I enjoyed getting acquainted with them. Of course, I knew the songs from Wicked and Pippin, but most of the others were new for me. I especially loved the "lion tamer" song.

After the show the chatter in the line in the Ladies Room was all about how every one of us cried. Some said they should have tried harder in their own marriages!

SNAPSHOTS is one of the best Norma Terris productions to come along in years. Outstanding cast, Stephen Schwartz's songs are integrated into the story wonderfully well. Get your tickets before it sells out. 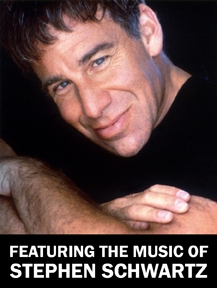 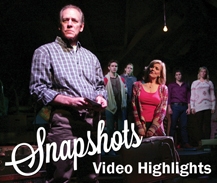