Goodspeed by the River

Little Girl Blue: The Nina Simone Musical is an exuberant new musical with a tour-de-force performance by award-winning actor Laiona Michelle. From classical music prodigy to “High Priestess of Soul,” this story taps into the legend that is Nina Simone with an honest and powerful portrait of her rich life and her ultimate decline. Feel the passion, joy and pain of a woman adored by millions – then and now.

Age Rating: 15+ for some language
Run Time: 2 hours and 10 minutes (including an intermission)

Special thanks to Ari Fulton

LAIONA MICHELLE (Writer / Nina Simone) Springfield, MA native added writer to her resume with her double bill as writer and star of  Little Girl Blue, The Nina Simone Musical, which launched its world-premiere engagement at the George Street Playhouse on Feb 1, 2019. Most recently she has taken on the mantle of book writer, for Mandela, a new musical based on Nelson Mandela’s life; from his days as a leading activist against Apartheid, to his imprisonment and eventual release to become the nation’s President. Laiona Michelle began to gain national notoriety when she made her Broadway debut in 2015, in the musical, Amazing Grace, which opened at the Nederlander Theater. Cast in the principal role of Nanna, a woman stolen away from her family by slave traders, she delivers one of the stand out musical moments of the play.

Laiona credits William Shakespeare as the reason that she fell in love with theatre. As a child, she was taken to see a Shakespearean production and knew immediately, “This is what I want to do.” Since that time, she has been developing her skills as a writer, actress and singer, constantly working on expanding the full range of her natural vocal abilities.

Laiona Michelle is the recipient of the The NAACP Hollywood award, Barrymore and Carbonell Awards (2005, Constant Star). She was also nominated for the Helen Hayes Award (2005, Yellowman).

Before joining the cast of Amazing Grace, Laiona was part of the First National tour of The Book of Mormon. And prior to that, she had honed her skills, performing at some of the most renowned regional theatres in the United States including the Arena Stage, Colorado Shakespeare Festival, Alabama Shakespeare Festival, The Woolly Mammoth Theatre, Goodspeed Musicals, Westport Country Playhouse and many more.

In addition to her stage work, Laiona has also made appearances on network and cable television in Showtime’s Lift, ABC’s All My Children, NBC’s Law & Order SVU and Law & Order: Criminal Intent, The Blacklist, HBO’s Crashing, as well as on Amazon’s Sneaky Pete (Bryan Cranston and Giovanni Ribisi).

Laiona has also written several children’s plays/musicals for Dream Studios, a not-for-profit arts organization providing access to the performing arts, and located in her hometown of Springfield, MA.

As a writer, an actor, and a Black woman, Laiona believes in the importance of “owning our stories.” She champions the idea of breaking down stereotypes that would box her in or type cast her, therefore limiting her ability to grow.

Laiona Michelle resides in New York City. She is a graduate of Brandeis University (MFA), and did her undergraduate work at Alabama State University in Theatre Arts. She is the proud mother of 7 year old son, Rohan.
MARK FIFER (Music Supervisor/Arranger and Pianist) is a NYC-based Musical Director, Pianist, Vocal Coach, and Arranger/Orchestrator for Theatre, Film & TV, session and concert events. Currently, Music Supervisor of Little Girl Blue: The Nina Simone Musical. NYC & Regional: Rent, The Who’s Tommy, Side by Side by Sondheim, The Rocky Horror Show, Hello Again, Our Town, Tits Fisher with Kitten’s Kiss, Fame The Musical (Macao). Raised on the classics but specializing in Rock/Pop, R&B, Jazz and the American Songbook, Mark also serves as vocal coach to scores of Broadway and international performers. Musical Theatre Faculty at the Stella Adler Studio of Acting, Vocal Director for Carnival Cruise Lines. www.markfifer.com

KENN SALTERS (Percussion) Born in New Haven, CT, and raised in Columbia, SC, Salters began his musical career on trombone for one year before switching to percussion and continuing on to pursuing his studies as a percussion major at the University of South Carolina. Since moving to New York in 2006, he has worked with luminaries in jazz and R&B including Leslie Odom Jr., Renee Elise Goldsberry, Joshua Henry, and the late Aretha Franklin. Salters, after nearly 15 years in his adoptive home of New York, finds himself often exiting the city on tour, discovering new worlds – a career twist that was only afforded to him by moving to NYC.

SAADI ZAIN (Bass) Based in New York city, bassist Saadi Zain is versed in a multitude of musical genres including jazz, classical, R&B, Pop, Latin jazz and world music. This versatility has made him a good fit for modern musical theater and he has played in numerous Broadway pits and National Tours. He has performed in many countries throughout the world, including a US State Department tour of Africa. Saadi also performs in media and commercials and can be seen in a music video by pop star Dua Lipa released earlier this year. Saadi is happy to be back performing in CT, where he studied at the Hartt School of Music in Hartford, CT. For more information on where Saadi has played and with whom, visit his website at www.saadizain.com

Learn More about the show! 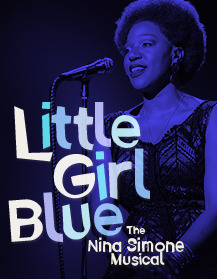 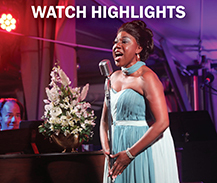