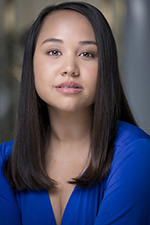 JASMINE FORSBERG is thrilled to be making her Goodspeed debut! Off-Broadway: Broadway Bounty Hunter (Joe Iconis). Regional: Love in Hate Nation (World Premiere, Two River Theater), Wild Fire (World Premiere, Denver Center for the Performing Arts). Other: The Lucky Boy (Premiere, Kristen Childs). Film: One December Night (Hallmark). BFA Penn State ’21. In 2018, she co-wrote Results Will Vary*. Love and thanks to her family, friends, mentors, and A3 for their unwavering support. Follow along @Jasmine_Forsberg and www.JasmineForsberg.com 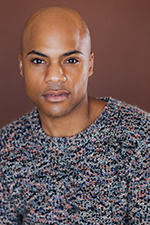 DARIUS HARPER A New Hampshire native, Darius could not be more thrilled to make his Goodspeed debut in scenic New England. Darius would attend the American Musical and Dramatic Academy NY (04/05) before a 3 year journey with the Disney Company (Tokyo, Cruiselines). Credits include: The Merry Go Round Playhouse (Grease), The Fulton (Kinky Boots), Ogunquit Playhouse & The Gateway (Priscilla QOTD) to name a few. He originated both the Book of Mormon and Kinky Boots 1st National Tours, most recently he originated and starred as the Emcee/Vocalist in Cirque Du Soleil’s VOLTA. Thank you to nana, my wonderful HAA Family, and to this wonderful cast and crew for welcoming me with open arms! Shove with love guys. 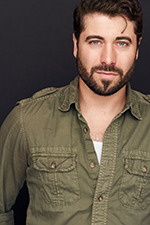 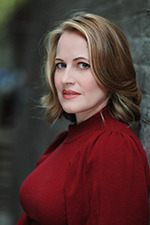 MAMIE PARRIS last appeared at Goodspeed as Rosabella in The Most Happy Fella. On Broadway: the recent revival of Cats (as Grizabella, singing the iconic “Memory”), School of Rock, On The 20th Century, Ragtime, The Drowsy Chaperone, and 110 in the Shade. On Tour: Wicked (Elphaba), 9 To 5 (Judy). Regionally: Paper Mill Playhouse, Arena Stage, The Old Globe. Film & TV: A Standup Guy, State of Affairs, The Blacklist. Visit www.mamieparris.com for upcoming concert dates and other goings-on! Thanks to the marvelous Rob Ruggiero. Love to my wonderful husband, Johnathan. I can’t imagine spending a year in lockdown with anyone else and not being guilty of homicide. Welcome back to live theatre! 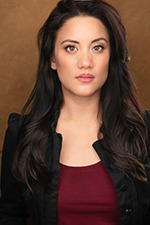 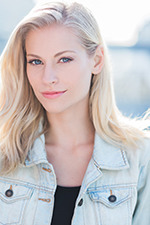 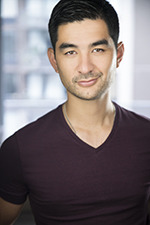 KEVIN SCHUERING (Standby for Mauricio & Jesse) is excited to be a part of this amazing team and company’s efforts to help reimagine these classic R&H tunes. His hopes are we continue to explore and expand the different lenses in which we tell these stories. National Tour: The King and I (Lincoln Center Theatre), NY/Off-Bway: On This Side Of The World, Wearing Black (NMYF), Carousel (NAAP), Lost in Shanghai (Pan-Asian). Regional: Remembering Tomorrow (Zeider's Theater) Miss Saigon (Ogunquit Playhouse), Disney's Aladdin (Chicago Shakespeare), Disney's When You Wish (Lyric Theatre of Oklahoma). Thank you to Lanie, Rob, Paul and the team. Love to Smalls, the three amigos, and the fam. For More: www.kevinschuering.com, IG: @daschuerthing 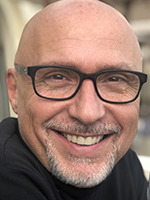 ROB RUGGIERO (Director) is thrilled to be returning to Goodspeed for his twelfth season, after directing past productions of Oliver!, Rags, La Cage aux Folles, Fiddler on the Roof, The Most Happy Fella, Carousel,  Show Boat, Annie Get Your Gun, Camelot, Big River, and 1776. Rob has won multiple Connecticut Critic’s Circle Awards for Best Direction, including a highly-celebrated production of Next to Normal at TheaterWorks Hartford, where he is the Producing Artistic Director. His Broadway credits include High (starring Kathleen Turner) and Looped (starring Valerie Harper in a Tony-nominated performance). Off-Broadway, he conceived and directed the original musical revue entitled Make Me a Song: The Music of William Finn. The production received nominations for both the Drama Desk Award and the Outer Critics Circle Award. Rob has earned national recognition for his work on both plays and musicals. Regionally, he has directed a number of critically-acclaimed musicals including Evita, Gypsy (with Tony-winner Beth Leavel for The Muny’s 100th season) Follies; Oklahoma!; Hello, Dolly!; South Pacific; The King & I; and Sunday in the Park with George; among others. In addition, he conceived and directed the highly-successful Ella (Kevin Kline and Joseph Jefferson Awards) at TheaterWorks. His work has been seen at many major regional theaters around the country, including Actor’s Theater of Louisville, Arizona Theatre Company, Barrington Stage Company, Cincinnati Playhouse in the Park, Cleveland Playhouse, Guthrie Theater, Hartford Stage, Northlight Theater, Pittsburgh Public Theater, and The Repertory Theatre of St. Louis, among others. He is so happy to be returning to live theater here at Goodspeed. 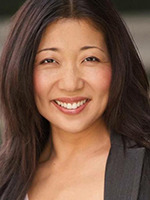 ADAM SOUZA (Music Director) Broadway credits include Wicked, Kinky Boots. National Tours: Wicked (2nd National, Original MD/Conductor), Kinky Boots (Original MD/Conductor), Spamalot (1st National as MD/Conductor), The Midtown Men, and Les Misérables. Adam also served as Associate Music Supervisor for the international mountings of Wicked in São Paolo, Brazil (in Portuguese) and Mexico City (in Spanish). His regional credits include Next to Normal (Hartford TheaterWorks), North Shore Music Theatre, and over 15 productions with Goodspeed, including Because of Winn Dixie, The Great American Mousical with Julie Andrews, Snapshots by Stephen Schwartz, Roar of the Greasepaint..., George M!, Brigadoon, Very Good Eddie, Rags, Great Expectations, and The Road to Hollywood. Adam serves as Associate Artistic Director and Music Supervisor for Destination Broadway (destinationbroadway.org) and has served on faculty for the Boston Conservatory at Berklee as an Associate Professor of Musical Theatre, of which he is also an alumn. 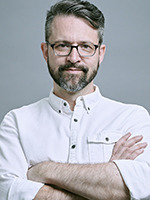 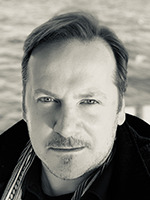 ALEJO VIETTI (Costume Designer) An Argentine native, he immigrated to the U.S. in the late 1990s. He has designed for Broadway and Off-Broadway, as well as for Roundabout Theatre, Manhattan Theatre Club, Radio City Rockettes, NYC Center Encores!, Atlantic Theatre Company, NYC Opera, Primary Stages, The Irish Rep, MCC, and Ensemble Studio Theatre, among other New York companies. He has also extensively designed for Regional Theatres across the U.S., commercial projects, operas, ballets and for the Ringling Bros. and Barnum & Bailey Circus. He is an Olivier and Drama Desk nominee and the recipient of the 2010 TDF Irene Sharaff Young Master Award. At Goodspeed: Irving Berlin's Holiday Inn, Oliver!, Fiddler on the Roof, Carousel, Annie Get Your Gun, Camelot, Big River, 1776, and Meet John Doe. 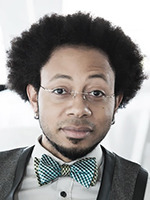 ALAN C. EDWARDS’ (Lighting Design) work Off-Broadway includes the world premiere of Harry Clarke at The Vineyard, for which he received a Lucille Lortel Award; the world premiere of Kill Move Paradise at the National Black Theatre, which received a Drama Desk nomination;, and Anna Deavere Smith’s Fires in the Mirror at the Signature Theatre, which also received a Lucille Lortel nomination. Regionally, he’s had the pleasure of designing three plays by Dominique Morisseau: Pipeline, Skeleton Crew (Actors Theatre of Louisville), and Detroit ’67 (Chautauqua Theatre Co.); Twisted Melodies, a new musical about Donny Hathaway at Center Stage Baltimore; and the new musical Lights Out: Nat King Cole at the Geffen Playhouse in Los Angeles, as well as its world premiere production at People’s Light & Theatre Co. in Malvern, PA in 2017. Additional credits include The Hot Wing King by Katori Hall at Signature Theatre; American Moor (Red Bull); Native Son (The Acting Company); Bluebird Memories featuring rap-artist Common (Audible Theatre); productions of Dutchman, Antigone, and Macbeth for the Classical Theatre of Harlem; and a special collaboration between CTH and The Apollo Theatre in New York, the new musical The First Noel by Lelund Durond Thompson and Jason Michael Webb. On Broadway he was the associate to Jennifer Tipton on The Testament of Mary. He is a graduate of Yale School of Drama, where in 2016 he became a member of the lighting faculty.

JAY HILTON (Sound Design) is pleased to continue his long association with Goodspeed Musicals and is so happy to be back in this beautiful theatre after nearly two years of pandemic shutdown. He is also happy to once again be working with director and friend Rob Ruggiero. Other Goodspeed productions with Mr. Ruggiero include 1776, Show Boat, Carousel, Fiddler on the Roof, La Cage aux Folles, Rags and Oliver!. Jay has designed countless other productions at both The Goodspeed and The Terris Theatre in Chester and recently created sound design and mixed Goodspeed’s successful re-entry programming Goodspeed by the River. His work has also been heard on Broadway, National Tours, and at Regional Theatres from coast to coast. In addition to being Goodspeed’s Resident Sound Designer, Jay serves as their Audio Supervisor and has spent much of his time during the pandemic recording, mixing and mastering musical theatre content for streaming platforms including Goodspeed’s 2020 Gala Shakin’ the Blues Away. He and his wife, Goodspeed Artistic Director Donna Lynn Hilton, make their home (and garden) in Hadlyme, Connecticut with Cookie and Macy.
Event Search
December
S
M
T
W
T
F
S
Connect
ShareThis
Mail List Sign-Up